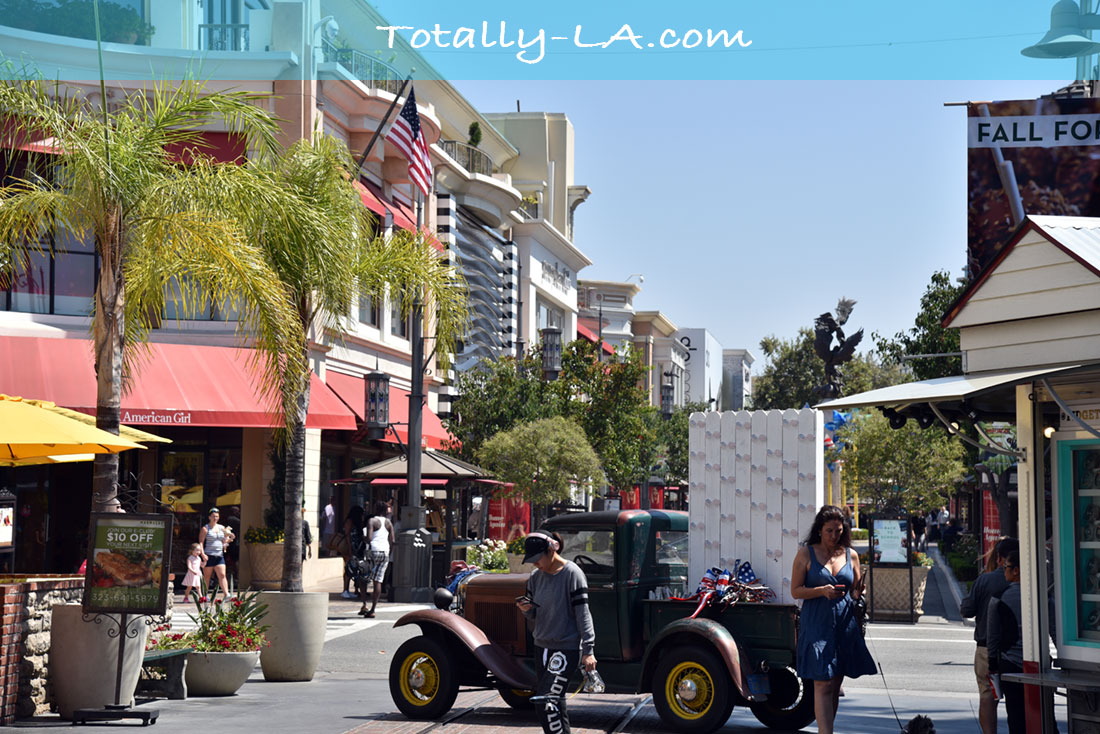 LA Christmas Shopping at The Grove

The Grove is connected to The Original Farmer’s Market, just east of Fairfax between Beverly Blvd and Third Street.  The Division between the two is marked by an old antique car parked sideways across the pedestrian area.

The Grove tops my list of malls for Christmas shopping due to the beautiful outdoor setting, including an old trolly car to shuttle shoppers from end to end and a large fountain.  Shops include major department stores and designer brands such as Nordstrom’s, Barney’s New York, Banana Republic, GAP, J. Crew, MAC Cosmetics Topshop Topman, and many more.  There are also children’s apparel shops and toy stores.  And of course Apple has a store there.

Adding to the appeal of shopping at The Grove is the proximity of Farmer’s Market for all the fresh and artisan foods and World Market/Cost Plus with its selection of imported foods, furnishings, wines, dishwater and arts and crafts supplies.

Chances are you will find something for everyone on your Christmas shopping list without ever leaving this shopping complex.  Check the links to The Grove LA, The Original Farmer’s Market and Cost Plus for info on Black Friday Sales.

Since 1952 Black Friday has been considered the beginning of the Christmas shopping season.  It is the day following Thanksgiving Day and most major retailers open early and hold major sales  Recently some stores have started opening as early as midnight on Thanksgiving Day.

The popularity of Black Friday is in part fueled by the fact most people have a four day weekend for Thanksgiving and ample time to shop.  It is usually the busiest shopping day of the year.

The term Black Friday has an ominous sound to it and there are some different stories as to the origin of the term.  The one I have most often heard say it represents the point where retailers began to turn a profit, that is going from operating in the red, to operating in the black.