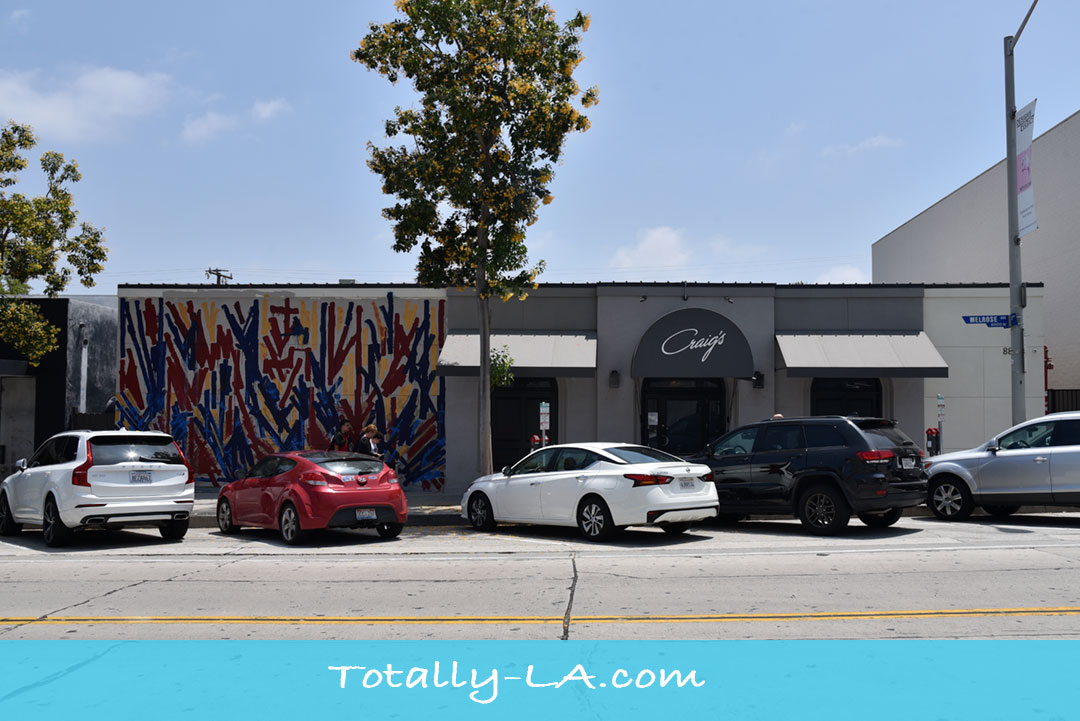 If I were asked what it the one place in Los Angeles where you will be almost 100 percent certain to see celebrities, it’s Craig’s in West Hollywood.

As with the other celebrity spotting restaurants we’ve written about, the attraction at Craig’s seems to be more about getting seen… or seeing who is there to be seen!  I haven’t eaten there but from what I’ve read, the quality of the food doesn’t match its price tag.

Somehow the celebrity scene at Craig’s makes me flash back to the old Studio 54 in NYC.  It was the place to be seen and one of the attractions was the show at the front door of celebrities  and regular people dressed in their finest trying to get past the doorman (who allowed people in based on their looks).  While a reservation made well in advance and a fat wallet (a salad is $15, a steak will set you back $60) is enough to get you into Craig’s, owner Craig Susser is known for deciding where a guest will sit based on how famous they are.

If you’re determined to see some A-List celebrities, don’t let that deter you.  Make your reservations, pad up you wallet and shield your eyes from the paparazzi flashes at the entrance.  You’ll want to be able to see who is there when you get inside.

Celebrities known to hang our in Craigs include George Clooney, Larry King, Suzanne Somers, Joe Jonas, Judge Judy, Caitlyn Jenner, Kate Upton, Ryan Phillippe and many more.  While we can’t guarantee you’ll see a celebrity at Craig’s when you go, the odds are quite good.

I’ll let you in on a little secret.  Many celebrities go there just to be seen, photographed and get in the papers.  I’m a credentialed media photographer with two of the major news wire services.  When word of that got around, a number of celebrities started contacting me to ask that I be there to take their photo when they entered.  They not only go where they are likely to be seen, they often arrange for their own “personal paparazzi” to be there to capture the moment.

I should also say that not all of the celebrities are there for that reason.  Many are there to see their friends, many know the owner and while they might want their picture in the paper, be respectful.  They also want to enjoy their meal with their friends or date just the same as anyone else would when going out for the evening.

Craig’s is located at 8826 Melrose Ave in West Hollywood, just off Robertson Blvd.  Reservations are required.  And if by some chance you are disappointed in your hunt for some A-List celebrities at Craig’s, just step across the street to Gracias Madre which is also known for having a swarm of celebrity hungry paparazzi in front of the entrance.