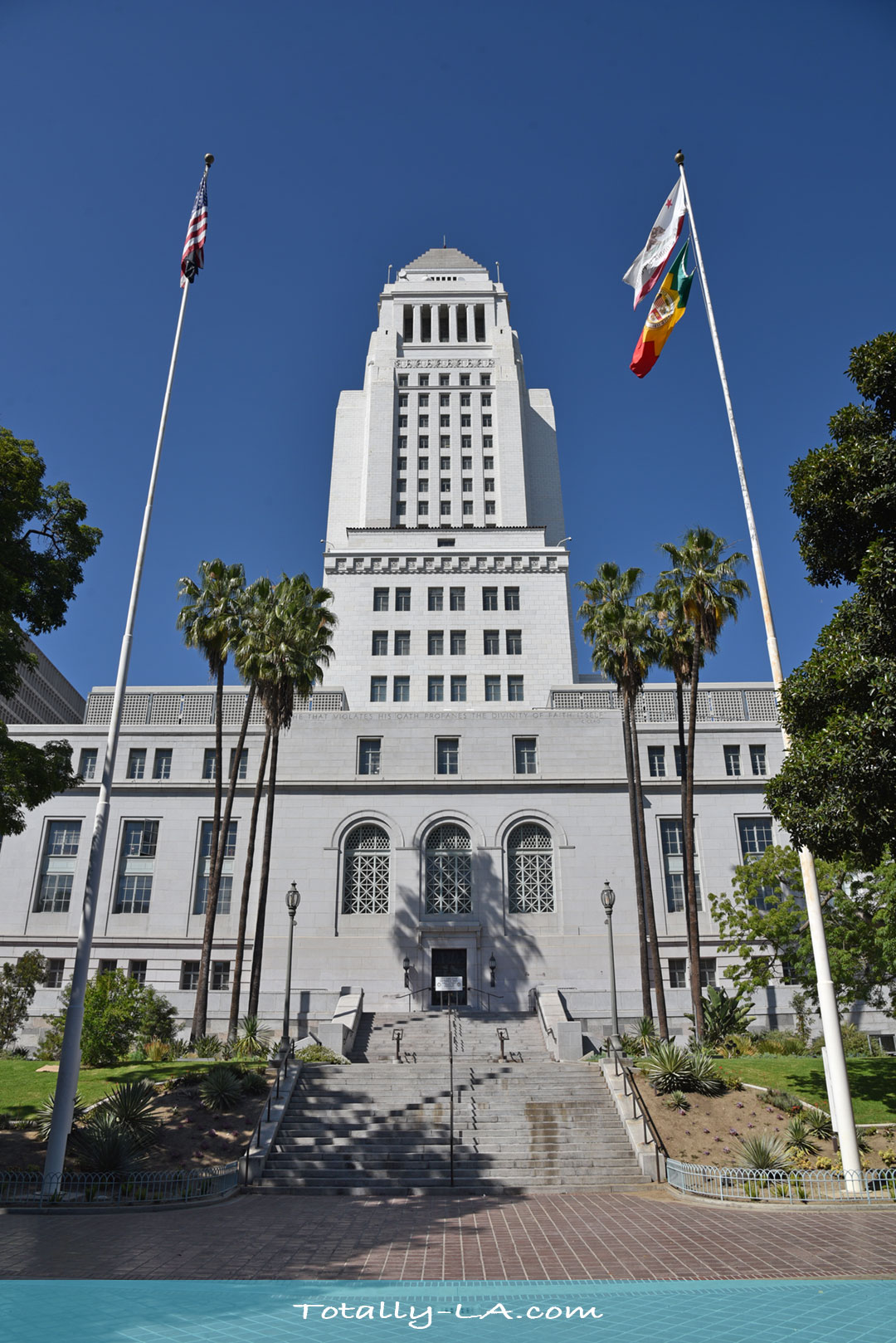 The Los Angeles City Hall was once the tallest building in Los Angeles, rising to a level of 150 feet.  The observation deck on the top floor offers one of the best 360 degree views of Los Angeles to be found.

Completed in 1928 it is located at 200 N Spring Street it is foreshadowed by Grand Park to the west with the beautiful Arthur J Will Memorial Fountain.

It has 32 floors and is the tallest base-isolated structure in the world.  The LA City Hall underwent a  a seismic retrofit from 1998 to 2001 enabling it to withstand a magnitude 8.2 earthquake with only minimal damage.

Prior to 1964, the Los Angeles City Hall was the tallest building in Los Angeles, and shared the skyline with only a few structures having decorative towers, including the Richfield Tower and the Eastern Columbia Building.

From the observation deck, a balcony running completely around the top floor of the building, you will see the the most beautiful views of Los Angeles available.  (Watch the video in the link to see the magnitude of the view!) The observation deck is free and open to the pubic during business hours Mon – Fri.  You will need to pass through a metal detector to enter.

The building was designated a Los Angeles Historic-Cultural Monument in 1976.

Other great LA tourist attractions in the area include the Triforium Sculpture, Union Station, Olvera Street, Grand Park,  the art deco Los Angeles Times building just to the south. Just a few blocks south, is the beloved  Angels Flight incline railway you and the famous Bradbury Building that has been featured in so many movies is right there.  Oh, and while you are at Angels Flight, don’t just look at it, ride it to the top for a dollar and check out DTLA’s urban oasis, California Plaza. Also be sure to check out our Downtown Los Angeles Attractions category.  We are constantly adding to the list of fun things to do in DTLA.