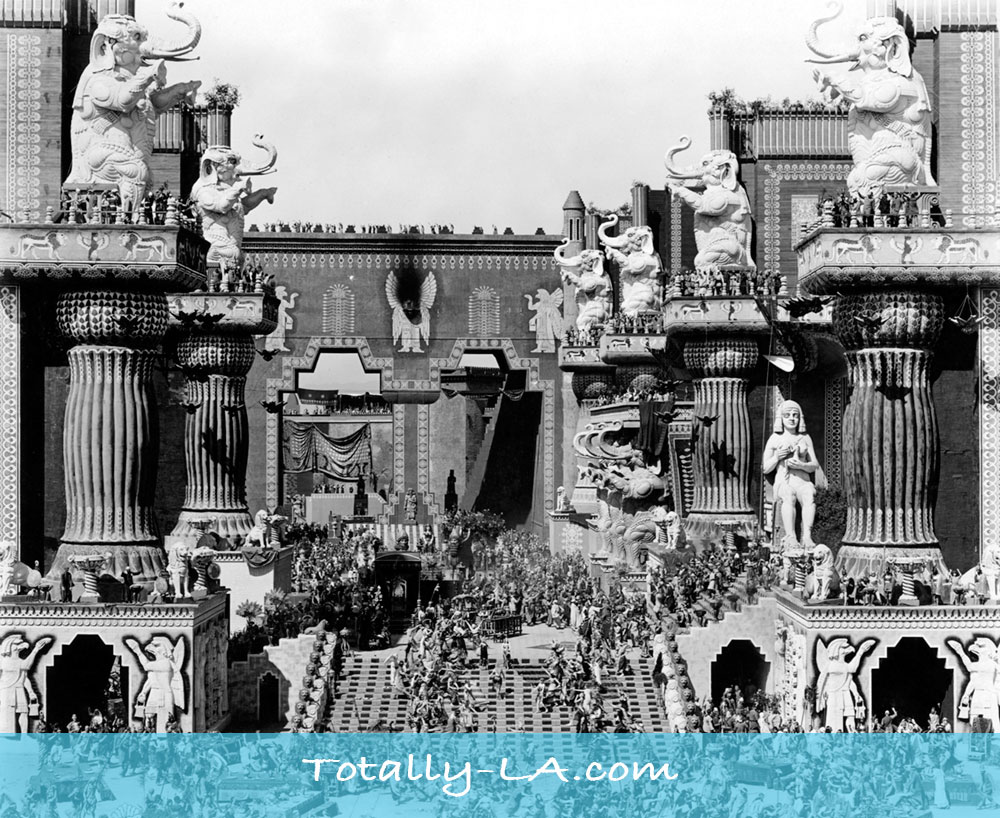 Intolerence in Hollywood actually started in Los Feliz back in 1916 and has since moved to the heart of the Hollywood Walk of Fame at the Hollywood Highland Center.

No I’m not talking about the intolerant attitudes that have prevailed since the birth of Hollywood that squash any views not supported by the powers that be.  A well known example of this was the Blacklisting that went on for so many years over political beliefs.  A current example (not to get into the politics here), several people I know in Hollywood have privately told me they voted for Donald Trump, but they publicly criticize and attack him for fear that they won’t get any parts if they don’t.  I know of several other taboo opinions and beliefs in Hollywood.

When you are visiting Los Angeles and Hollywood, there is a richness to the history that far surpasses the visible tourist attractions.  The burgeoning new silent film industry in Los Feliz, which soon moved to Hollywood, forever changed history, entertainment and the arts. The City of Los Angeles has done a stellar job at taking steps to preserve our rich cultural history, but much of it remains hidden behind nothing more than a cultural landmark sign, or a sign in a shop window (such as the one in Walt’s Disney’s first studio).

We are working continually to point out to you where you can find some of these hidden treasures when you visit Hollywood. Take a moment to look over some of the articles on our site to get an idea of the hidden treasures to be found and the history of some of the venues as well as the spooky urban legends connected with so many of our landmarks..  Subscribe to our email list (right side of page) to get weekly summaries of new posts so you can see the things your friends probably missed when visiting Los Angeles!