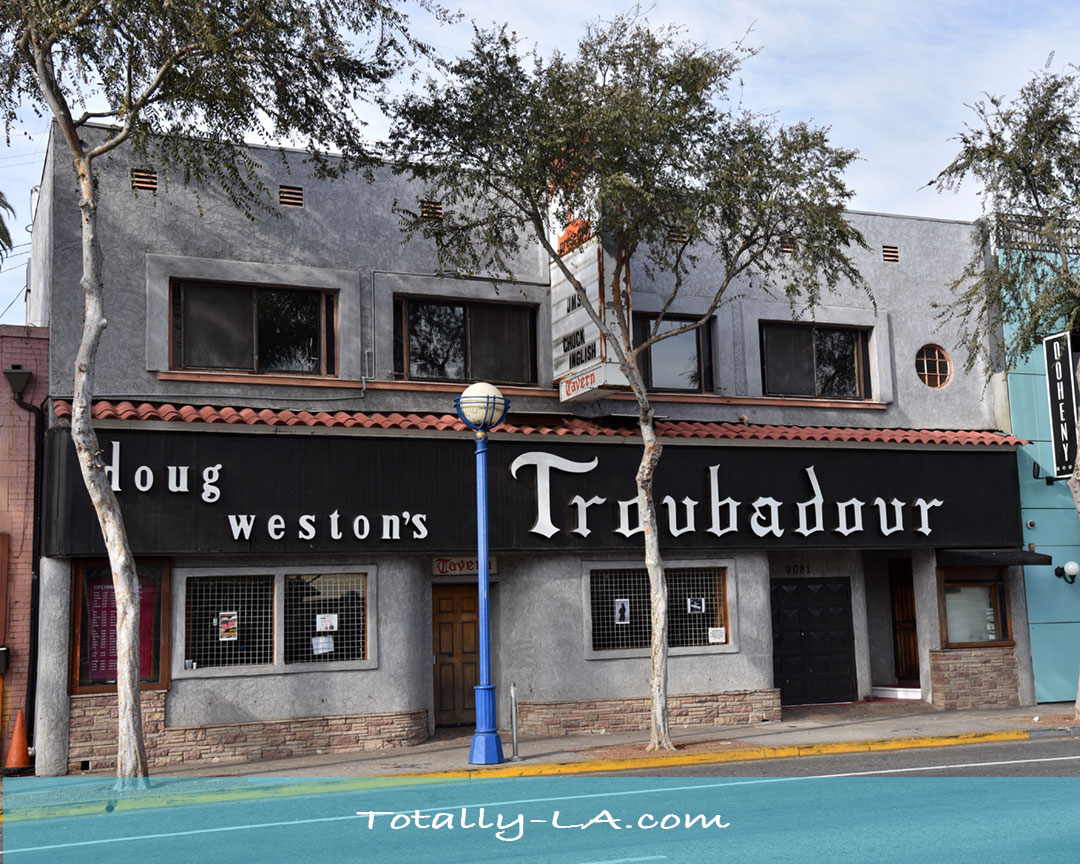 The role the nightclubs on Sunset Strip and Santa Monica Blvd have played in the world music scene is not minor. One of the stars of these clubs is the Troubadour, which was named the second best rock club in America in 2013.

The Troubadour entered the scene way back in 1957 opening at first as a coffee shop on La Cienega Blvd and moving very shortly afterwards to its current location where it has been the very heart and soul of the LA music scene ever since.

The Troubadour has been the launching pad for or has otherwise played significant roles in the careers and lives of some of the most successful recording artists in history. Some notable examples include Elton John who played his first show at the Troubadour in 1970. Don Henley and Glenn Frey met in the front bar and later formed The Eagles. Tom Waits was discovered by rock manager Herb Cohen during an amateur night. And in 1971 Carly Simon who was opening for Cat Stevens met James Taylor, who she later married, for the first time.

On a sadder note, the Troubadour was the last place Janice Joplin partied. On October 3, 1920 she was partying at the Troubadour and the next day was found dead at the Landmark Hotel from a drug overdose.

Flash forward to 1979 and the Troubadour is featured in two songs. Ricky Lee Jones song, Chuck E’s In Love was written about a musician and a former Troubadour employee, Chuck E. Weiss. The Eagle’s song, Sad Cafe was about the Troubadour.

Guns N Roses played the show in February 1986 that got them signed to Geffen Records at the Troubadour.

This is actually a highly abbreviated list but you get the point. The Troubadour is a music hot spot in Los Angeles to which the best in the industry gravitate.