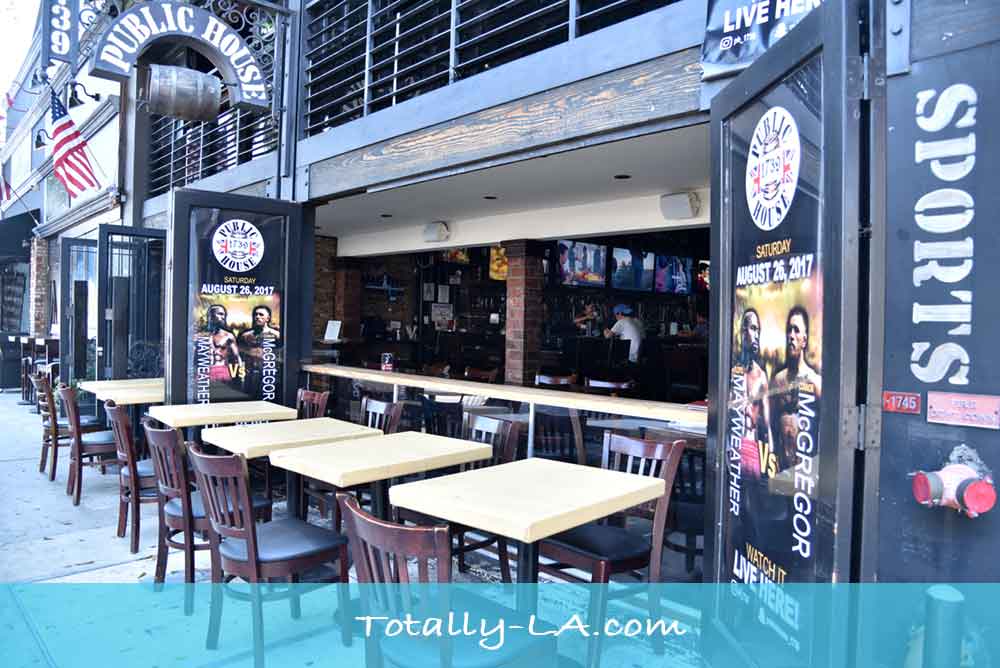 Looking for the words to describe the atmosphere of Public House the only word that came to mind was “pub” and I was thinking of a British pub.  Perhaps that is because “pub” is actually short for “public house”.

If you look up Pub in Wikipedia, this is the definition:

“A pub, or public house, is an establishment licensed to sell alcoholic drinks, which traditionally include beer (such as ale) and cider. It is a relaxed, social drinking establishment and a prominent part of British, Irish, Breton, New Zealand, Canadian, South African and Australian cultures. In many places, especially in villages, a pub is the focal point of the community.”

Nothing describes Public House better.  Located in the hip, trendy Los Feliz/Atwater Village on North Vermont Street Public House is a community gathering spot for the locals.  I’m sure it also draws people from other parts of town, but most likely when meeting someone who lives near the village.

It is also a sports bar and you can count on the latest game being broadcast on big screen monitors.  If you are not into that, there are tables on the sidewalk where you can simply enjoy a visit with friends.

1739 Public House has enormous variety of beers from around the world, an exhaustive range of stouts, golden ales, fruit-flavored beers and other nectars that froth forth from the taps.  It also has a surprisingly good food menu for what is primarily a bar.

If you have a rendezvous with friends out toward the Los Feliz, Silverlake or east Hollywood area Public House fits the bill perfectly.  And when you have finished you can take in a movie at the Los Feliz Theatre, pick up some books at Skylight Books, or shop in any of the unique arts, clothing and jewelry shops that line Vermont.

Note on Parking:  There are parking lots in the alley just east of Vermont that run from Franklin Street to Hollywood Blvd.  Parking is also available in the post office parking lot on the corner of Franklin and Vermont after hours.

Save Money on Your Los Angeles Vacation with these Bargains