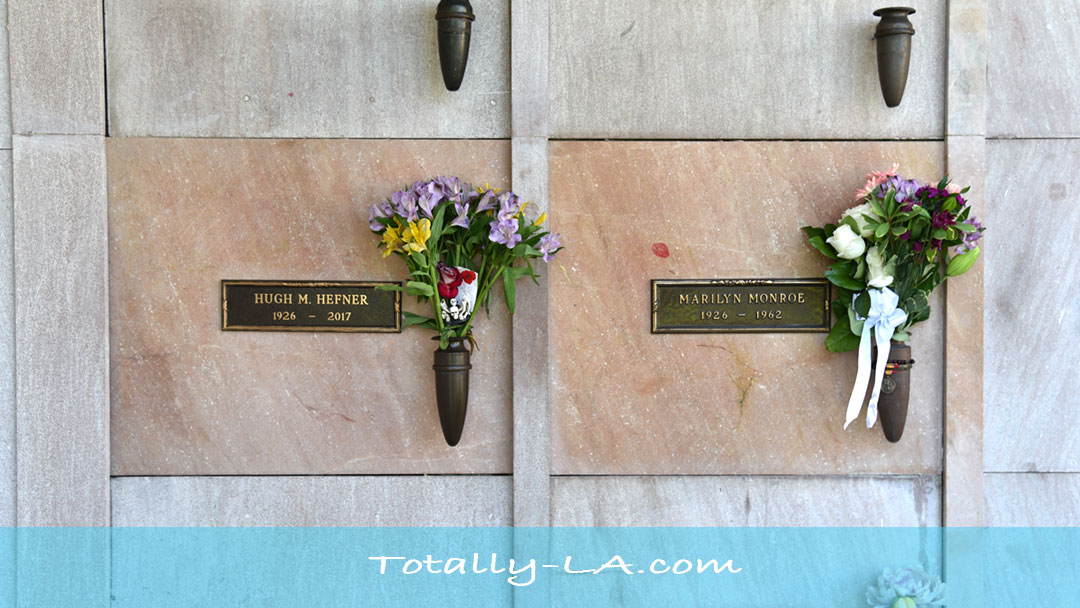 Marilyn Monroe’s burial was suppose to be a quiet affair.  It didn’t work out that way.  Her fame was so great that her fans and fellow celebrities followed her to her grave… even after their own deaths.

Pierce Brothers Westwood Village Mortuary is now considered the premier Los Angeles funeral home, and the funeral home trusted to conduct the funeral services for some of the biggest names in entertainment.  Apparently it wasn’t always that way.

When Marilyn Monroe died on August 5, 1962 she was interred three days later at Pierce Brothers Westwood Village Mortuary.  Her funeral arrangements were handled by Joe DiMaggio.  Feeling resentment to the entertainment industry and feeling it had a hand in her passing, he wanted it kept out of the pubic spotlight.  The cemetery was chosen as it was then a quiet out of the way cemetery.  The memorial service was limited to a small number of close friends and family.

DiMaggio had had red roses delivered to her grave for 20 years. It is also regularly visited by fans that leave cards, glowers, and kisses on the stone in her honor.  In 1992 a bench was provided by the Marilyn Remembered Fan Club and the All About Marilyn Fan Club to create  a place near Marilyn where visitors could spend time contemplating her life.  The bench was replaced in 2009 when it had begun to crumble.  Both benches were paid for entirely by her fans.

In 1992 publishing tycoon Hugh Hefner bought the tomb next to Marilyn’s so he could spend eternity next to Playboy’s first Playmate.  Hefner isn’t the only one that wants to spend eternity next to Marilyn. 47 years after her death, bidders lined up in a highly publicized eBay auction for the crypt directly above hers. It attracted 21 bids with the top offer being $4.6 million.  It fell through, however,  after the Japanese winner announced he was unable to pay.

Daily Photo: The Struggle to Reopen

The Undetermined Fate of the Westlake Theatre