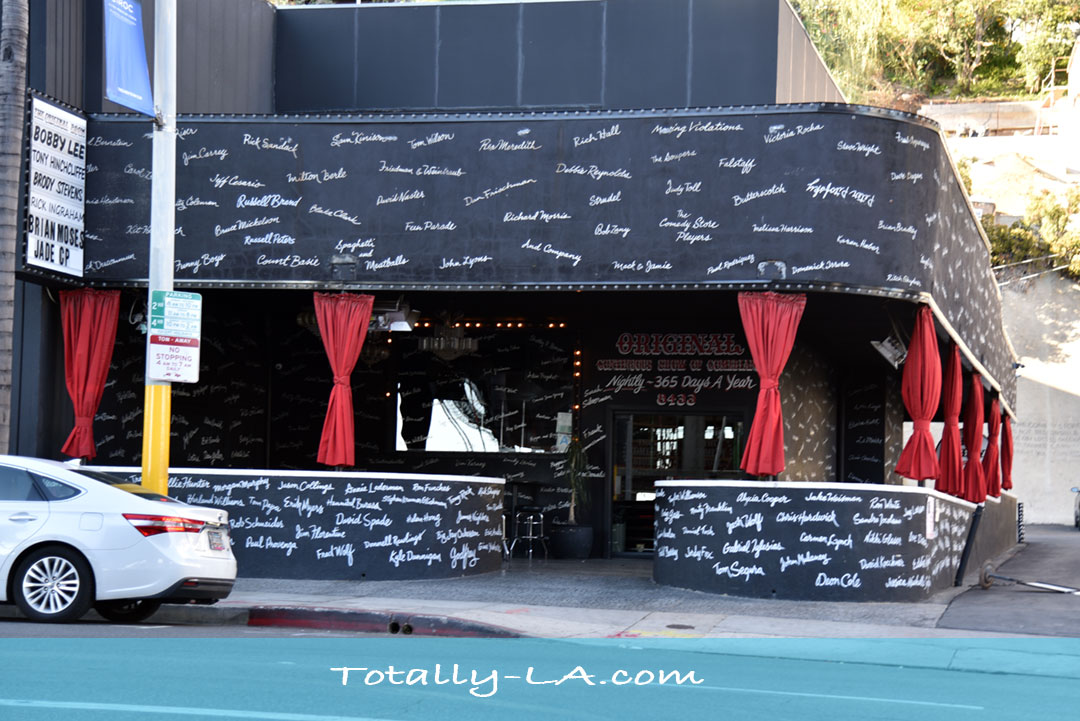 Some legends are hard to escape and so it is with the gritty past of the Comedy Store.  Once a nightclub owned by the mob, creepy things, hauntings and even modern day suicides and murders are associated with the popular Sunset Strip comedy club.

Before becoming The Comedy Store in the 1970s, the building was a Mafia-controlled nightclub called Ciro’s.

It had an odd mix of clientele, from mobsters to top celebrities.  As a major mafia hangout, one of its more notorious guest was the infamous mobster Mikey Cohen.

Among the celebrities who frequented Ciro’s were Frank Sinatra, Marilyn Monroe, Humphrey Bogart and Lauren Bacall, Ava Gardner, Sidney Poitier, Lucille Ball, Desi Arnaz, Mickey Rooney, Ginger Rogers, Ronald Reagan, Dean Martin, Judy Garland, and so many more. As the story goes, many hoped to be written about by one of two Hollywood gossip columnists of the day, Hedda Hopper or Louella Parsons…. though that wasn’t always a good thing!

According to urban legend, the stairway into the basement still has gun sized holes in the walls that were used to kill people as they walked down the stairs.  The basement was supposedly used to torture and kill those who posed a threat to the Mafia.  During its time as a mob-controlled nightclub, the upstairs area was supposedly used for illegal abortions.

Or course with so much bloodshed there the Comedy Store is also assumed to be haunted.  A sketch artist claimed to see apparitions and sketched the likeness of what she saw.  It bore a strong resemblance to a comedian that once performed there and had died in 1991.  There are other reports of guest claiming to hear the screams of Cohen’s victims… though we wonder how they could be heard above the roar of laughter when the comedians are performing!

Once the mafia nightclub faded away and became a popular comedy club, the tragedies didn’t end.  During a dispute where several comedians were picketing in front of the club demanding (rightfully) that the comics be paid one comedian jumped to this death from the roof of a neighboring building.

After the dispute, some comedians were no longer allowed to perform at the club, including Steve Lubetkin.  Lubetkin jumped from the roof of a neighboring building.  He left a suicide note stating:  “My name is Steve Lubetkin. I used to work at The Comedy Store.”

In October 2015 a man was fatally shot while standing at the entrance to the club while 150 patrons were inside watching the show.  Witnesses said the gunman was standing 10 feet away when he shot him.

Now that we have told you all the spooky things about the comedy club, we also think you should still go to it!  It is one of LA’s top comedy clubs and many comedian’s careers were born there.  The area is safe.  The shooting that happened in 2015 was the only shooting in Hollywood during a 12 month period.  And when I look at the known owners of the building prior to it being a comedy club, I don’t see any obvious mafia connections.  The truth is it might all be nothing more than an urban legend other than the suicide and the 2015 murder.

We also hear that many of the comedians performing at the club are now paid for their work.  They are called “paid regulars” and their names are written on the exterior walls of the club.

So get brave and take in a show at the Comedy Store.  It’s located on the Sunset Strip at 8433 Sunset Blvd.  For show information visit their website.

See more after the break… 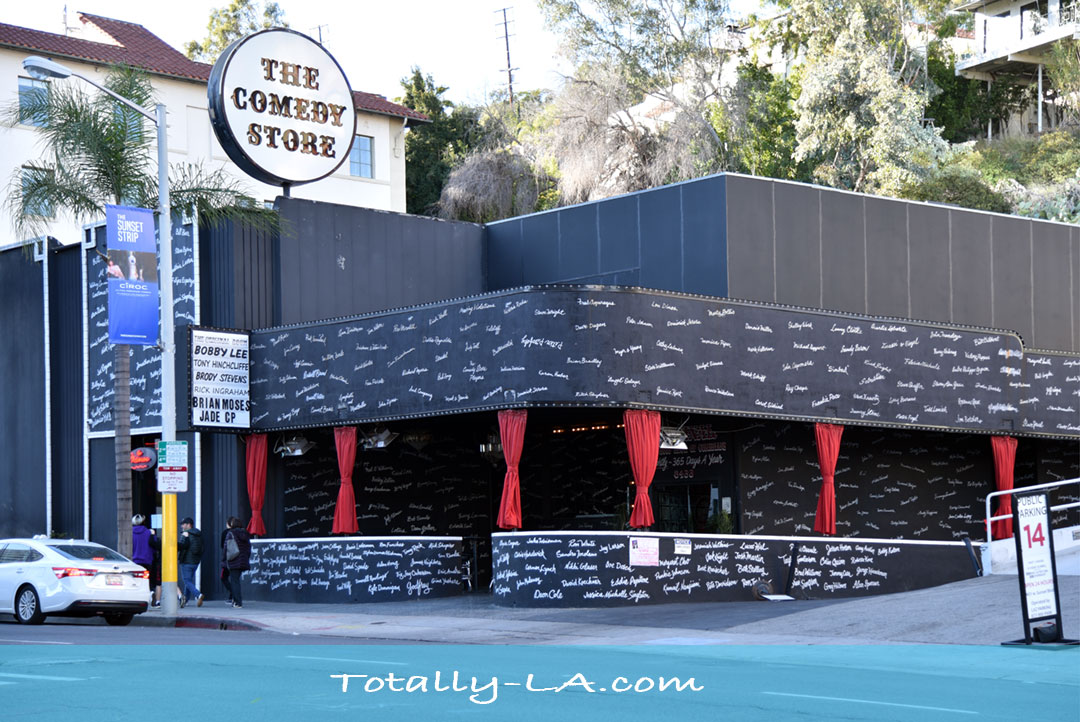