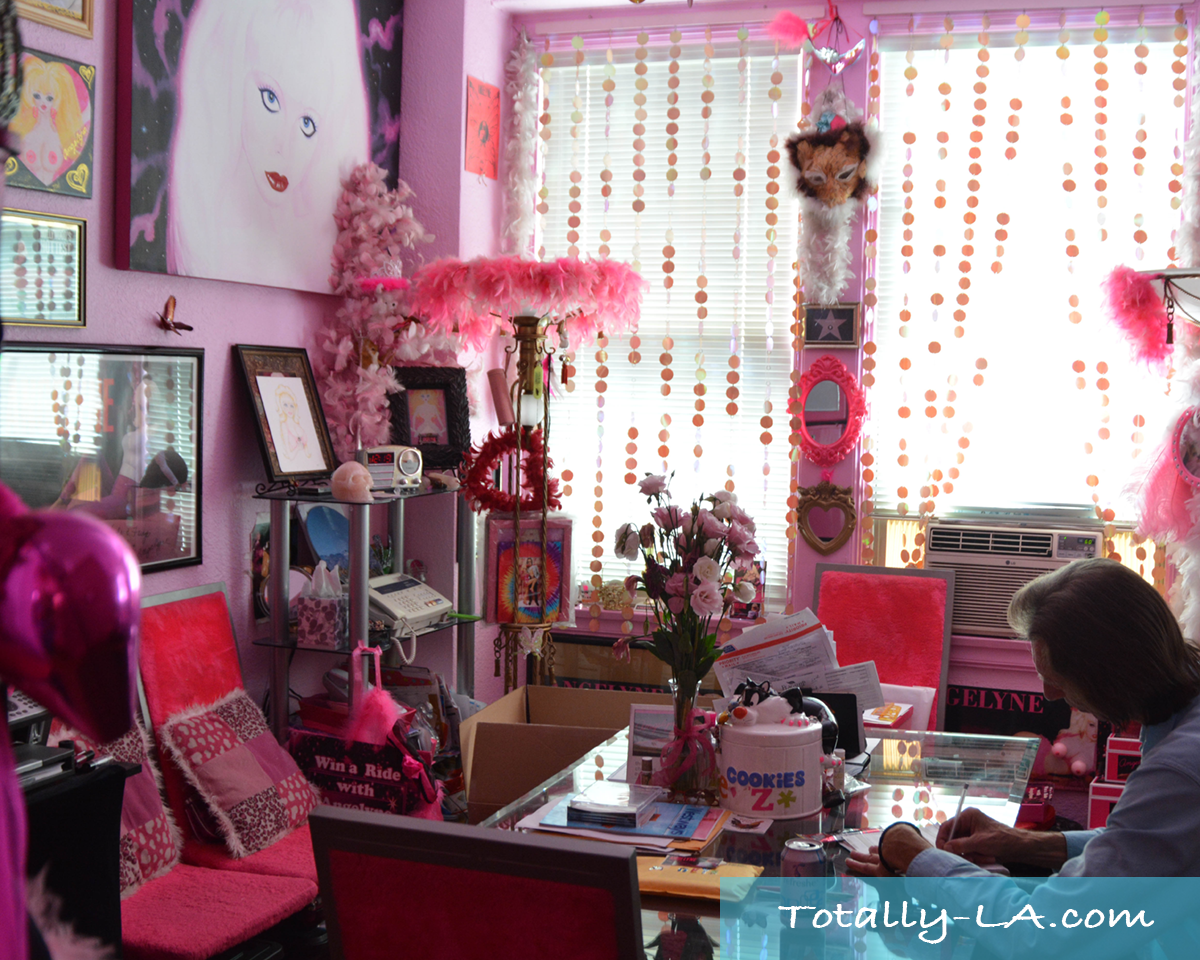 Yesterday we showed you the historic Outpost Building on Hollywood’s Walk of Fame.  Today we are going to give you a peak of the office of one of the celebrities that inhabit it.

She is the woman that invented the idea of being famous for being famous… decades ago… and she still has it going on.  You all know of her.  If you have been in Los Angeles for any time at all, you have seen the Billboards on the strip and her pink Corvette driving up and down Hollywood Blvd.  Her name is Angelyne and she is also known as the Billboard Queen.

I had a nice chat with her assistant Scott (pictured above) while waiting for Angelyne to arrive.  She has a rich fascinating history.  I’ll be telling you more about it in the next few days.  Meanwhile, I will tell you that the work I did with her has already been picked up by Splash News and sent out to all of the news media.  The episode of the show I taped with her, What’s Cookin’ With Sham airs tomorrow.

Update: Be sure to watch our new video of when Miss Kitty Fairlane interviews Angelyne in her Hollywood office!

I think you will enjoy it.  It is a little peak behind the mystique, a little peak, just enough to let you behind the windows of the pink Corvette and to see who that beautiful mysterious woman is.