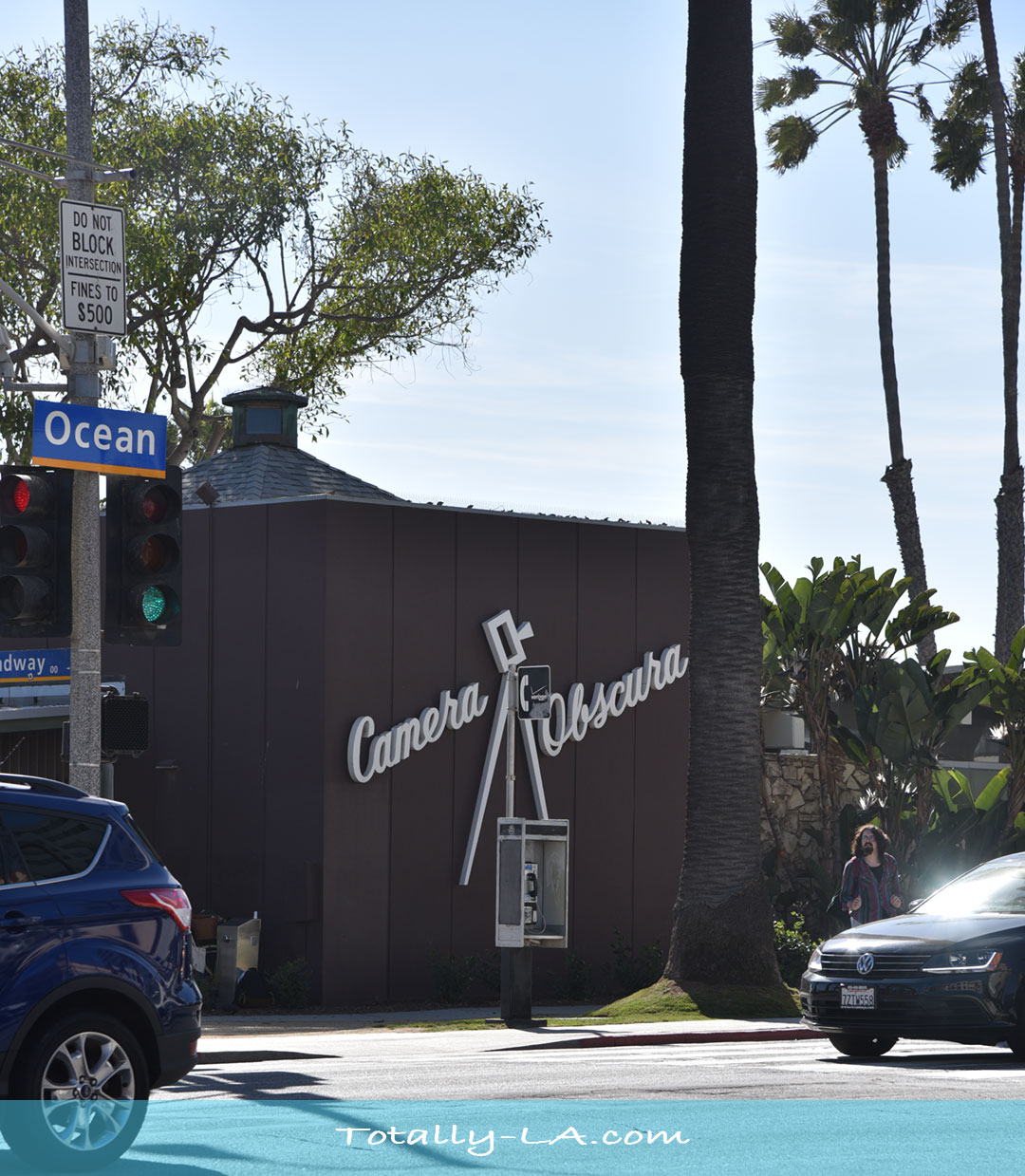 Blink and you might miss Camera Obscura by the pier in Santa Monica. From the road it doesn’t really stand out but it is actually a large facility. It’s definitely worth putting on your things to do in Santa Monica bucket list.

From inside Camera Obscura Art Lab you’ll find fantastic views of the Santa Monica Bay and Pier. One of the things that makes this special is you can step inside the body of a camera! It’s a vintage Camera Obscura with a periscope, white screen in a darkened room and mirrors reflecting images from 360 degrees.

Originally located on the beach, the Camera Obscura was built in 1898 by Robert F. Jones, nephew of Santa Monica city founder, Senator John P. Jones. The Camera Obscura Art Lab is now on top of the bluff in Palisades Park just north of the Santa Monica Pier. The building was once the site of the Pacific Electric Railway’s North Beach Station.

Camera Obscura Art Lab is actually a hands on arts, crafts and cultural center, but there is plenty to see and do even if you aren’t working on some art. It’s free to visit and open M-F 9am – 3pm & Saturday 11am – 4pm. You can find it at 1450 Ocean Drive.