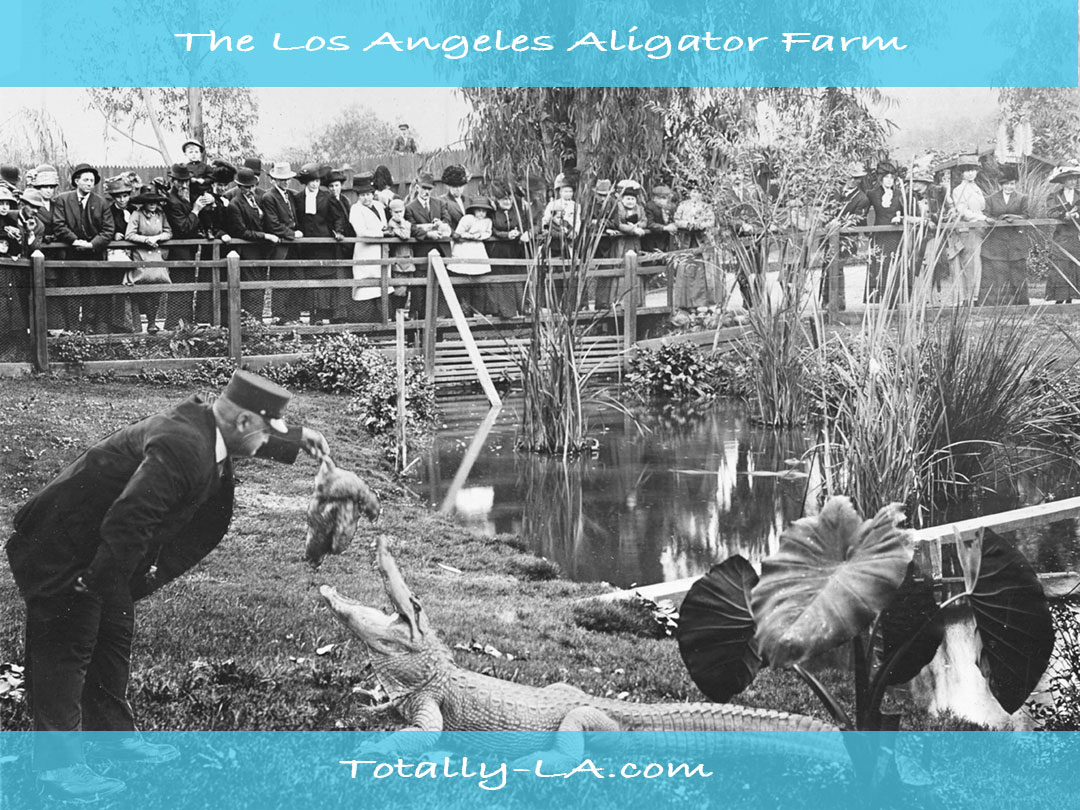 If you thought you had seen every unheard of thing there is going on in the wild and crazy city of Los Angeles, you need to step back in time a century. People then used to let their children ride alligators!

When I learned Los Angeles opened an alligator farm in 1907, I had to find out more about it and pass it on to you.  This wasn’t just a zoo where you could go and see alligators, it was more of a petting zoo and even children could go in the pens and play with the alligators!  There were also alligator rides where children would sit in special saddles for the alligators and ride around the ponds.

The alligator farm operated in the Lincoln Heights neighborhood and was home to over 1000 gators.  Almost all of the gators we bred and raised in captivity which I assume is why it was safe to allow people to interact with them… though some reached 15 feet long. They were also trained and performed daily shows for crowds.

The California Alligator Farm moved to Buena Park in 1953 and finally closed in 1984.  Today, while there are zoos where you can see alligators close up, the days of being able to interact with alligators has come to an end.

So the next time one of your friends dares you to do something wild and crazy you might want to tell him “Oh that’s nothing.  My great grandpa used to ride alligators.” 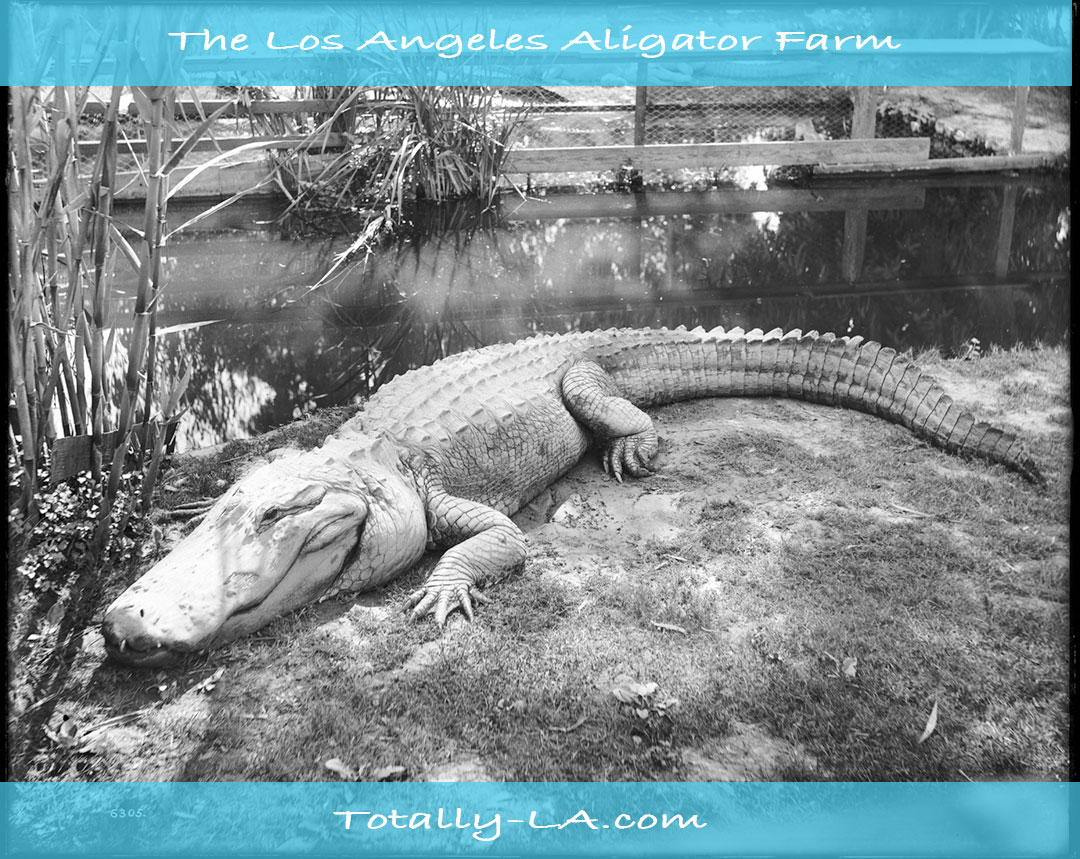