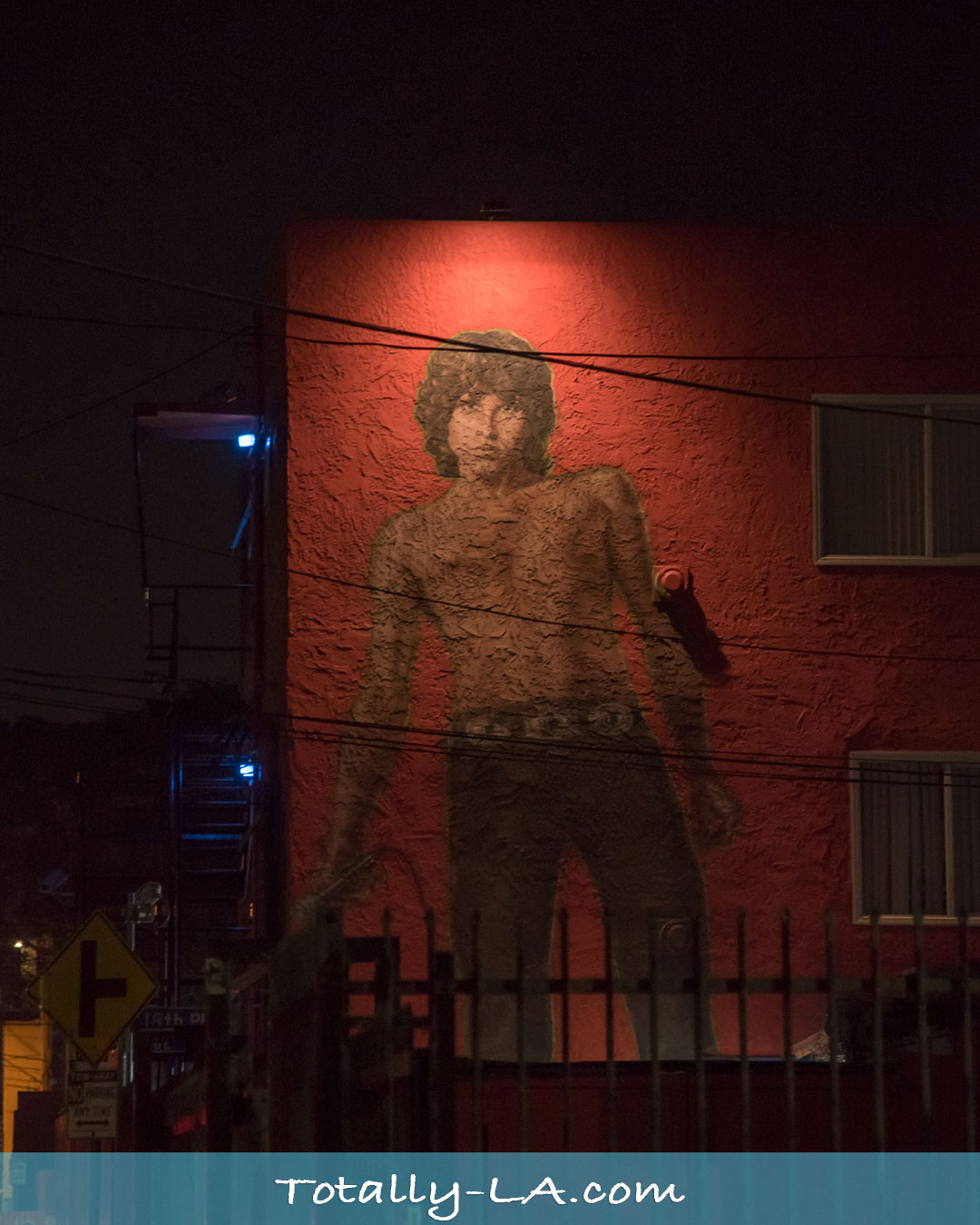 The mural seen in this photo is on 18th and Speedway in Venice Beach.  It was painted by muralist Rip Cronk whose work has also become a Venice Beach legend.  His works can be seen all over town.

Morrison was the perfect rock and roll front man — wild, sexy, and unpredictable and the Doors developed an almost cult-like following while Morrison continued to infuriate law enforcement and religious groups.  One of the brightest of shooting stars, he burnt out fast dying at the age of 27 years old in Paris France.

Another iconic mural of Jim Morrison painted by renowned artist Jonas Never can be seen on the side of the Ellison Suites Hotel in Venice Beach along with murals of Marilyn Monroe, Lana Del Rey and more. And a plaque has been placed by the City of Los Angeles designating the street where Morrison later lived in Laurel Canyon as Love Street.  Unfortunately, nothing was done to commemorate the old Morrison Hotel in downtown LA that appeared in the cover photo for that album.

Be sure to see our Venice Beach Vacation Guide video of all the sights and things to do in Venice California. Also be sure to check out our video on the Venice Street Art Tour where you can learn all about the amazing murals in Venice Beach.

How to Rent a Car With a Debit Card